HAHA- so this post was actually written in February 2020 and then life got even crazier and now here I am editing and posting it in August 2021! It still feels like a worthwhile thing to post though so after a very long hiatus (sounds familiar, right?) here I am back again! Enjoy 🙂

SO, it turns out starting uni is way more hectic than I thought it would be, with moving to a new city, living independently for the first time (properly), making a whole new friendship group, joining societies and obviously getting to grips with your course! I originally planned for this post to go up around Christmas after my first term, however I got completely side-tracked by spending the holidays in Ireland, my first exams and then two weeks on placement. But here we are, finally, talking about the realities of starting university after a gap year, or two…

Honestly, starting uni was a much bigger adjustment than I thought it would be! Obviously as I took two gap years and started uni aged 20 I have no idea how my experience compares to starting straight after a-levels aged 18, so I can’t really say how different it is!

For me though, the biggest change is definitely adjusting to being in one place for a prolonged period of time. During my gap years, whenever I got bored or had itchy feet, I would be straight on Skyscanner and be in a different country by the end of the week! However, being at uni and having a timetable with quite a few contact hours and expected 100% attendance means I can no longer do this which I have struggled with more than I expected to. Add this to the infamous ‘student budget’ (aka having no money ever) means travel opportunities are hard to come by. To try and remedy this, I have joined the universities surfing society where we go away on weekend trips in the UK fairly regularly with the chance to go on international trips as well. This means I get to leave my city, do some surfing and have made a great group of friends!

If you are starting university after a gap year, my #1 piece of advice would definitely be to join some societies so you can keep up any interests, meet like minded people and have a load of opportunities offered to you (that are usually affordable to students and fit around student commitments!)

I was also surprised when I started uni at just how common taking a gap year (or multiple) is! I was the only one of my friendship group at college to take a ‘stereotypical’ gap year, rather than going straight into work or a degree, and although I met quite a few people taking gap years whilst travelling or on social media, most people seemed to be surprised and curious about it rather than familiar with the idea. However, at university I have met SO many people who took a gap year, started a degree then changed, are starting as a mature student etc. When I started uni I was worried about feeling out of place and ‘old’ among my peer group but this worry was completely unfounded (except for my friends occasional comments such as ‘I forgot you were ancient’). 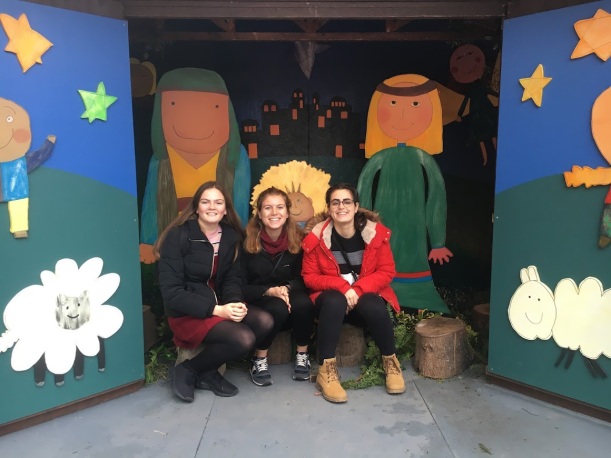 Since starting uni, I have struggled to adapt to having such a fixed routine again, from having timetabled lectures, scheduled society meetings and events and then fitting in studying, chill time and ‘adult’ things like washing and food shopping. As someone who’s time management skills are inherently AWFUL, this took a bit of getting used to! I imagine this is something that wouldn’t be as hard if you had come straight from structured college or high school but as I was completely free from commitments for two years this was a bit of an adjustment!!! I am slowly improving though, with the help of a weekly schedule, many to-do lists and Google Calendars (and being blessed with some very well organised friends).

Overall, starting university has been SO much fun. I am loving the independence, my course, the social aspects and having so much to do all the time! Of course I miss my travel lifestyle a lot but it has meant I appreciate the opportunities for a getaway so much more now when they arise.

Good luck to anyone starting university in September!

One thought on “Starting Uni After a Gap Year”